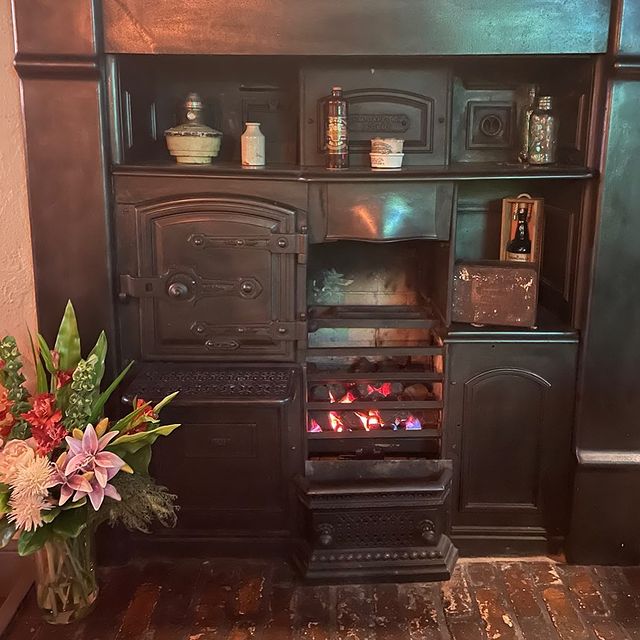 Potatoes. There’s probably a good reason nobody names their pub after them!

Sure, there may have been a few pubs called the ‘King Edward Arms’ back in the day, but they could be named after the man, not the vegetable! I may be wrong, but I’m pretty sure there have never been pubs called The Maris Piper, The Jersey Royal, or worse still, The Baby New…

Why, then, did someone choose an ancient spud that was so crappy that it was usually only ever fed to animals?

You can use imagery of castrated cattle wherever you like, but an Oxnoble is no noble ox. It’s an inedible potato.

No kudos to the marketing genius who named this place. Okay, it’s not up there with “witty” culturally insensitive faux pas like Thai Tanic, Fuk Mi Sushi, or even the unambiguously-named Amigone Funeral Home.

Unlike its namesake, Manchester’s Oxnoble is fit for human consumption. So we went there, and we consumed!

The pub gets its name from a bygone pre-railway era when barges transported goods to and from Manchester, and the city’s spuds were all unloaded on the canal’s potato wharf, which was located in the area.

Situated on Liverpool Road, not far from the Museum of Science and Industry, the Oxnoble has a long history dating back to 1804. Once called ‘Coopers’, the Oxnoble was a haunt for the men who’d unload the spuds that had become the staple diet with which to feed the hardworking folk at the heart of the burgeoning industrial revolution.

The Oxnoble isn’t just a pub, it’s a small hotel with ten rooms. But tonight, a few friends and I would just be checking out the food and drink.

I’ve read that the Oxnoble’s landlord Alex King rejects the term ‘gastro pub’ instead, he claims that they just take food seriously. Me too. I was seriously hungry and despite my usual dietary predilections, I was ready to take whatever was on offer—ox or potato.

As soon as we arrived, we checked out the wine menu. There were a few half-decent options in the mix. We consulted with a member of staff to help us decide.

While ordering, the team member seemed knowledgeable. Either she was a wine-lover herself or knew how to blag it. Either way, she helped sway our decision, and the Campo Viejo Rioja Tempranillo won the toss. We got a bottle to share, and she wasn’t wrong.

The interior of the Oxnoble has that smart classic pub vibe. The decor is well-maintained, and everything feels and looks clean. Although we were minutes away from the heart of the city, it still retained a country pub feel.

We sat near a cosy-looking fireplace and settled down to check out the menu. The great thing about the menu we saw was that it was simple. A few popular choices. Nothing convoluted. Choosing wouldn’t be too difficult. Would it?

The problem is that I was hungry— and everything sounded so good. Admittedly, there were only about five options for starters, but I wanted three of them! After a long internal debate about whether to have ‘mac bites’, I went for a creamy mushroom bruschetta instead.

My two cohorts opted for the calamari and the chicken goujons.

For a main, I confidently picked the almond pesto linguine, while my friends both chose burgers (one chicken, one belly pork).

We relaxed a bit, took in the atmosphere, and went to work slavishly on our Rioja.

Although I was hungry, we did chat and quaff our wine as the already busy pub filled up even more around us. Fortunately, I was so distracted I didn’t notice that it had been quite a while and our starters hadn’t yet come out. But before I got a chance to get grumpy, a smiling waiter brought them,

The bruschetta was exactly what the doctor ordered. The perfect creaminess in the mushrooms combined with the ideal bruschetta crispness.

Across the table, the goujons and calamari were destroyed. I heard complimentary grunts, so I knew they’d both made the right call.

I lifted the wine bottle to top us up, but apparently, there must have been a hole in the bottom as it was totally empty, so I ordered another!

So, the starters were a little slow coming out, but they were worth the wait. But despite the fact it was busier now, it barely seemed like any time had passed before my linguine was in front of me, and I was getting on with enjoying it.

But as gorgeous as my pasta was, I was getting terrible food envy seeing the burgers. The presentation on them was fantastic, but more than that, they were stacked and oozing all kinds of delicious-looking sauce.

I returned my focus to the linguine and ignored my friend’s repeated acclamations about the pork belly burger being “the best he’d had for a long time”.

The linguine was peppered with spinach, mushroom, and tomatoes. It was probably one of the better pasta dishes I’ve ever had in a pub, but I couldn’t shake off the notion that I’d missed out by not ordering a burger. The Oxnoble is clearly the place to go for a good burger and they cater for everyone’s taste. I resolved to return just to try one!

Dessert was an easy choice. With only two options to choose from, I knew instantly that I was having the chocolate fudge cake. One of my dining companions had the sticky toffee rum sponge; the other was too full of belly pork burger, so he just watched us gorge ourselves.

Again, the desserts arrived quickly, and they did not disappoint. This time, the green-eyed monster didn’t get to me. I chose the perfect pudding and enjoyed every last bit of it.

Stuffed, we sat and soaked up the last of our wine while putting the world to rights.

Talk of spuds in its name aside, The Oxnoble knows what it is, and it squarely achieves its goals. Great food, and a good atmosphere, all delivered with good old-fashioned northern hospitality. It’s simple, unfussy, and it gets it right.

At less than a ten-minute walk from Deansgate, there’s really no excuse for overlooking this gem of a pub. In fact, I already know what I’m ordering next time. 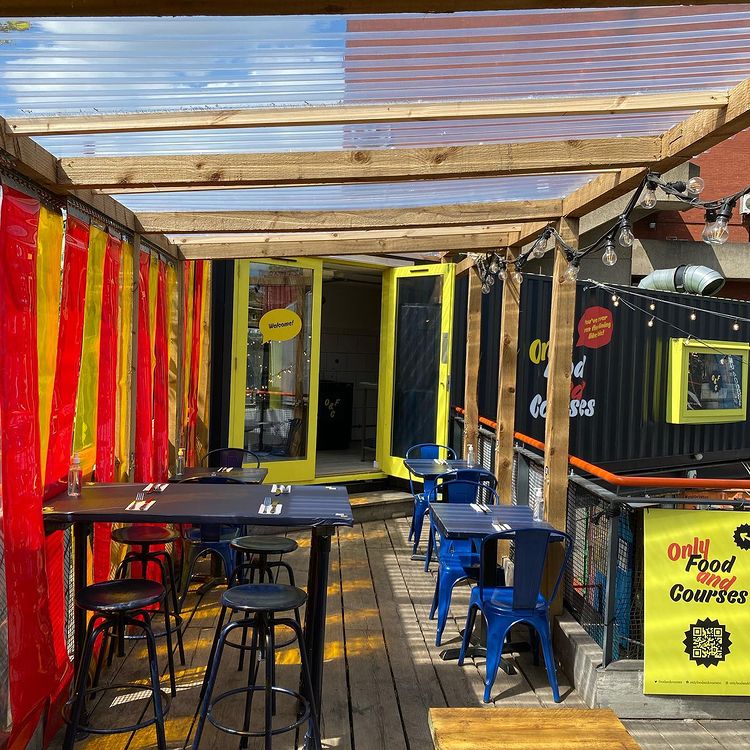 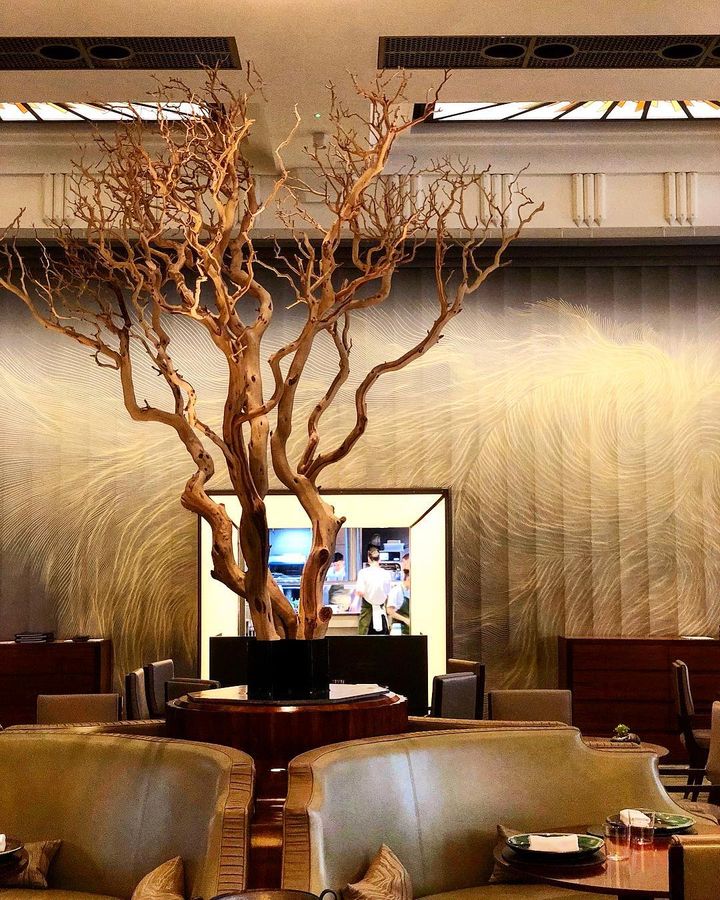 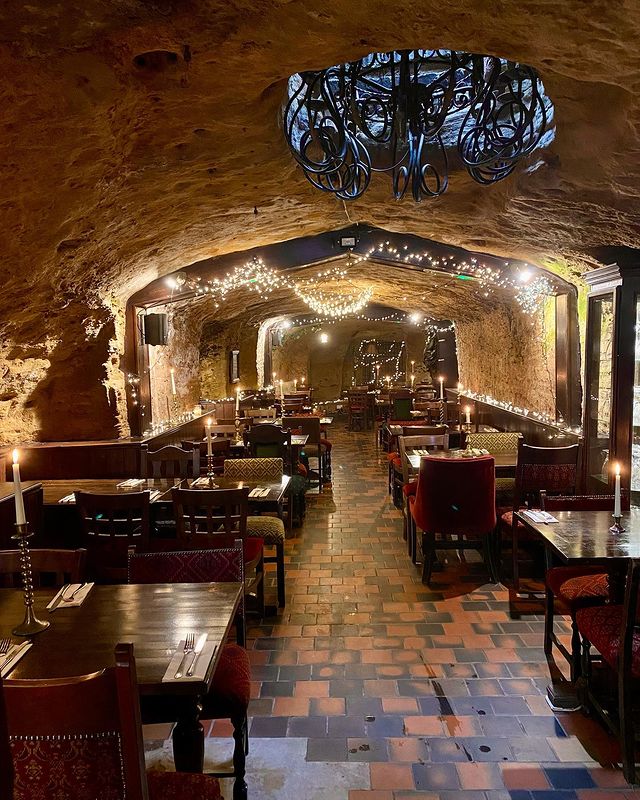